Good news for patients with infertility concerned about their heart

Researchers find no link between infertility and cardiovascular risk

A Libin Cardiovascular Institute group led by Dr. Amy Metcalfe, PhD, recently published a study in  CJC Open that looked at a possible correlation between infertility as a potential marker for future cardiovascular disease. The researchers found there was no connection.

“When people are experiencing infertility, that is often the whole focus of their lives and they may be stressed, anxious or depressed,” says Metcalfe. “So knowing infertility doesn’t predispose them to future cardiovascular health risks is reassuring.”

Infertility, defined as the inability to conceive within 12 months of trying, is a topic worth looking into, says Metcalfe, because is it becoming increasingly common, with about 11 per cent of women experiencing infertility. In addition, pregnancy-specific conditions, such as hypertension and gestational diabetes, are shown to increase a woman’s risk of developing cardiovascular problems later in life, looking at other potential female-specific cardiovascular risk factors is critical.

The study consisted of statistical analysis of an existing American data set that followed approximately 2,800 women for a decade. The women were recruited between the ages of 42 and 52 and were followed to see if they developed issues like diabetes and high blood pressure, as well as cardiovascular events like heart attacks, strokes or angina.

Zoe Cairncross, a medical student at the University of Alberta, is first author of the study. She said the study was valuable because previously there was no definitive answer to whether infertility or infertility drugs had a correlation with increased cardiovascular risk.

“There was really conflicting evidence to whether it has been a risk factor or not,” says Cairncross, explaining several small studies showed a possible connection.

Cairncross is an aspiring researcher-clinician who got involved in studying women’s health issues during her masters of Public Health studies at the University of Toronto under the mentorship of Dr. Hilary Brown, a perinatal epidemiologist.

“It is amazing researching a group that I am passionate about,” says Cairncross.

Metcalfe, who is a member of the Libin Cardiovascular Institute’s Women’s Health Initiative, CV&Me, says it is critically important to consider biological sex and gender in research, given the potential differences these factors may make.

“Women differ from men and children and health care cannot be one-size-fits-all,” she says. “If we can identify factors that predispose subsets of the population to health risk and can target them according, that is good for everyone.”

Dr. Amy Metcalfe, PhD, is an Associate Professor in the Departments of Obstetrics & Gynecology, Medicine, and Community Health Sciences at the University of Calgary. She is also a member of the Libin Cardiovascular Institute, the Alberta Children’s Hospital Research Institute and the O’Brien Institute for Public Health. 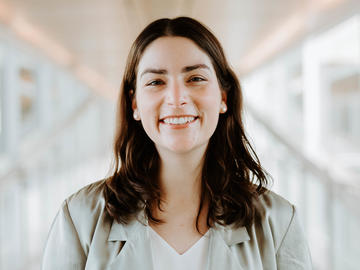 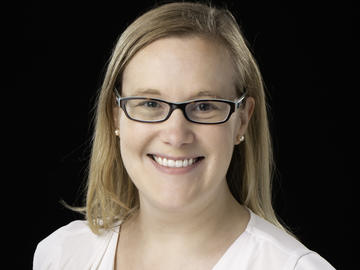