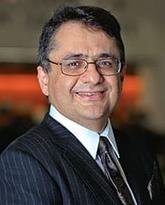 Department of Pathology and Lab Medicine

Dr. Zargham earned his medical degree at Shahid Beheshti Medical School in Iran. He completed pathology residency at the Mayo Clinic in Rochester, MN where he received an annual achievement award from the Anatomical Pathology Division. He was also nominated in Pathology Research the United States and Canadian Academy of Pathology (USCAP) and The American Society for Clinical Pathology (ASCP). Following his residency, Dr. Zargham completed fellowships in Surgical Pathology and Cytopathology.

He completed a PhD in Cell Biology at McGill University. He was honoured by a nomination for McGill's best dissertation award by the experimental medicine division. Dr. Zargham completed postdoctoral fellowships at the University of Virginia and University of California, San Diego. He also completed several months of research in the field of In-vivo Microscopy at Harvard Medical School.

Dr. Zargham received two prestigious awards from the American Heart Association and published several papers including two invited and single-authored review papers in the field of vascular restenosis and integrins. Dr. Zargham has reviewed several manuscripts in the field of vascular biology for American and European Journals including the Journal of Atherosclerosis as a recognized reviewer. Currently, his main research focus is to investigate the role of Alpha8 integrin in vascular occlusive disorders. He is specifically interested in the dichotomy between proliferation and migration of smooth muscle cells.