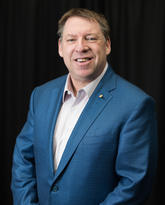 Dr. Howlett was born in Fredericton, New Brunswick and attended the University of New Brunswick, Faculty of Science. He subsequently attended and graduated from Medical School at the University of Toronto in 1989. He went on to train in Internal Medicine and Cardiology Fellowship at Dalhousie University in from 1989- 1994 and continued with Fellowship studies at the Toronto Congenital Cardiac Centre for Adults, University of Toronto from 1994-1995. Dr. Howlett was on active staff at the Dalhousie University and the Queen Elizabeth II Health Sciences Centre from September 1995 to August 2008, where he developed the first Heart Failure Program and was Medical Director of the QE II Heart Function and Transplantation Clinic. He also pioneered, in Halifax, the only Congenital Interventional Program east of Quebec. He became Clinical Professor of Medicine at University of Calgary, at the Foothills Medical Centre and Director of Heart Failure. His current activities also include clinical research in heart failure, as well as evaluation of health care delivery and outcomes and knowledge translation. He initiated and led the 2.8 M study A Strategy of Telehomecare for the Treatment of Heart Failure (STARTEL), a multicentre Canadian study evaluating the impact of telehomecare treatment for heart failure patients with issues of difficult access to care in Atlantic Canada. He serves on several International Clinical Trial Steering and Executive Committees, as reviewer for numerous medical journals and national funding agencies. He serves on several international consensus guideline committees such as for the European Society for Cardiology, Heart Failure society of America, American College of Cardiology, Canadian Cardiovascular Society, and the North American Society for Electrophysiology and Pacing. He is currently Chair of the Canadian Cardiovascular Society Heart Failure Guidelines Primary Panel, co-Chair of the CCS Heart Failure Workshop Initiative and a member of the recent Canadian Heart Health Strategy initiative. Dr. Howlett has over 70 peer reviewed articles published or in press in addition to over 80 abstract presentations. Currently, Dr Howlett is the Chair of the Multidisciplinary Calgary Region HF Optimization Program, the objective of which is to implement best HF practice and improve regional HF outcomes to better than the national benchmark. In addition, he is in the process of initiation of a collaborative Provincial Alberta HF outcomes benchmarking program, (not unlike the Get with the Guidelines Program in the United States) which may hopefully grow to a national initiative. The intent is for this to grow in synchrony with the Canadian Heart Health Strategy. He is also a member of the CIHR affiliated C-CHANGE project, chaired by Drs. Liu and Stone. These activities are in keeping with Dr. Howlett's interest in further work to disseminate knowledge and implement best practices for care providers in HF as well as other cardiovascular conditions.